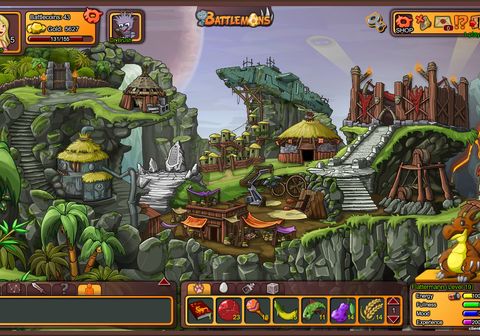 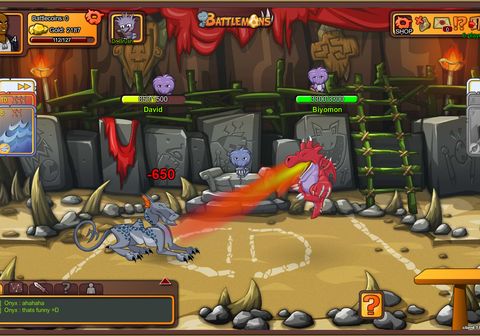 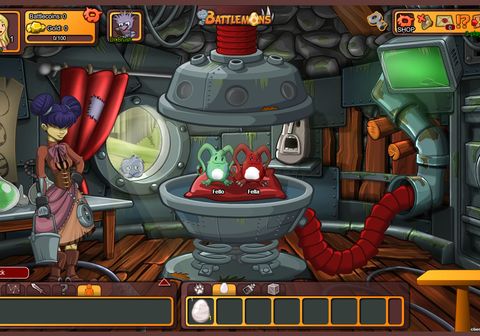 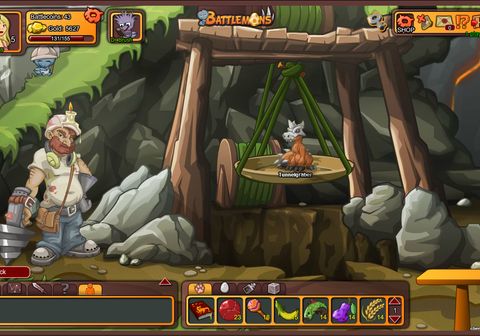 Hordes of mysterious creatures were the last thing the astronauts expected to find on the recently-discovered jungle planet. The "Battlemons", as their human discoverers named them, might look cute... but they turned out to be real fighting machines. Although peaceful towards humans, they transform into ferocious fighters, determined to do battle whenever they meet another member of their own species. The astronauts soon discover that they can also tame and train Battlemons. Thus began the great “Battlemon mania” played out in the famous browser game.

In Battlemons, the player takes on the role of a Battlemon trainer, starting the game with an egg from which their very own Battlemon hatches. Whether Furry, Fireclaw, Thorntail or King Dragon, each breed of Battlemon has its own, unique characteristics. The little prizefighters aren’t too difficult to raise – they just need to be fed, cared for and trained. They go through several different phases from baby through to full-grown Battlemon.

Battlemons players will spend a lot of time in their village, as this is the location of the stables where their Battlemons can regenerate, the training hall where they are toughened up for combat, and the market place where players can buy potions to make their Battlemons temporarily stronger and more intelligent. The arena is where these little warriors finally meet to do battle. A Battlemon’s victory depends on the tactics and skill of its human trainer. The victor wins gold, battlecoins and fame. But Battlemons has even more to offer: players are soon exploring the huge planet in search of its many Battlemon eggs and useful Battlemon artifacts.

Hundreds of thousands of players loved Battlemons in 2001. Travian Publishing has now given this classic game the makeover it deserves. The new Battlemons has a lot of animations for a browser game, adding hugely to its charm. The mix of monster care and gripping PvP duels also gives the game greater depth than social or casual games currently offer. There is little to match the unique charm and allure of Battlemons in the hard-fought browser game market.